My reviews/opinon of Gaga's music, videos, and her outfits 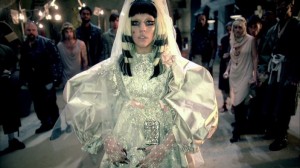 The song is the second single off her Born This Way album. The song was supposed to be released April 19th, but it was actually released four days earlier. Gaga said “It’s a weekend treat for my little monsters.” During an interview with Elvis Duran, Gaga stated that the song is about “always falling in love with the wrong men.”

Here is a list of all the biblical references that there are in the lyrics of the song: 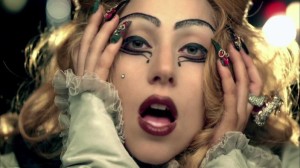 The music video premiered on the tenth episode of American Idol. The music video was actually banned in Lebanon due religious concerns. Giving some background on the song, Gaga explained that “It’s no surprise, I’m sure, to many of you, that Judas is a man of the biblical senses, so expect to see some symbolism in this video.” She continued explaining that the song/video is about confronting one’s demons. “You have to look into what is haunting you and you need to look into forgiving yourself in order to move on. And it’s really fun to dance to and sounds like it could be a pop priest record.”  Gaga tweeted some of the lyrics before it was released, “I’m just a Holy Fool, oh baby he’s so cruel, but I’m still in love with Judas, Baby. JUDAS FASHION. so excited i can’t sleep!” Gaga revealed that she designed one of her outfits from the music video. Gaga designed the outfit but the Haus of Gaga made it. 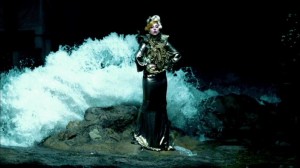 The outfit and make-up in this video is quite amazing!!! I love it, it’s amazing. So different so original. It’s become a popular make-up design in youtube videos. 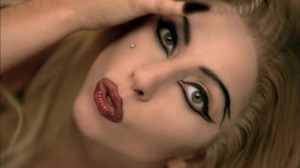 this is sooo sad